Buy tickets on-line from May 9th – no booking fee or extra charges – print your tickets at home or present your confirmation on a mobile device at the door.

We recommend booking on line for all events, even those which are free admission. If seats or cancellations are available you can buy these on the door on the day (card payment preferred).

Under normal circumstances, tickets are non-refundable unless the event itself is cancelled. If for any reason refunds become necessary Ticketsource will manage the refund process.

Friends of Cuckfield Music Festival are eligible for a 10% discount on ticket prices and can book from May 2nd.

CLICK HERE to become a Friend of Cuckfield MusicFest

Here is a summary of all the performances with full listings of each performer/group below. 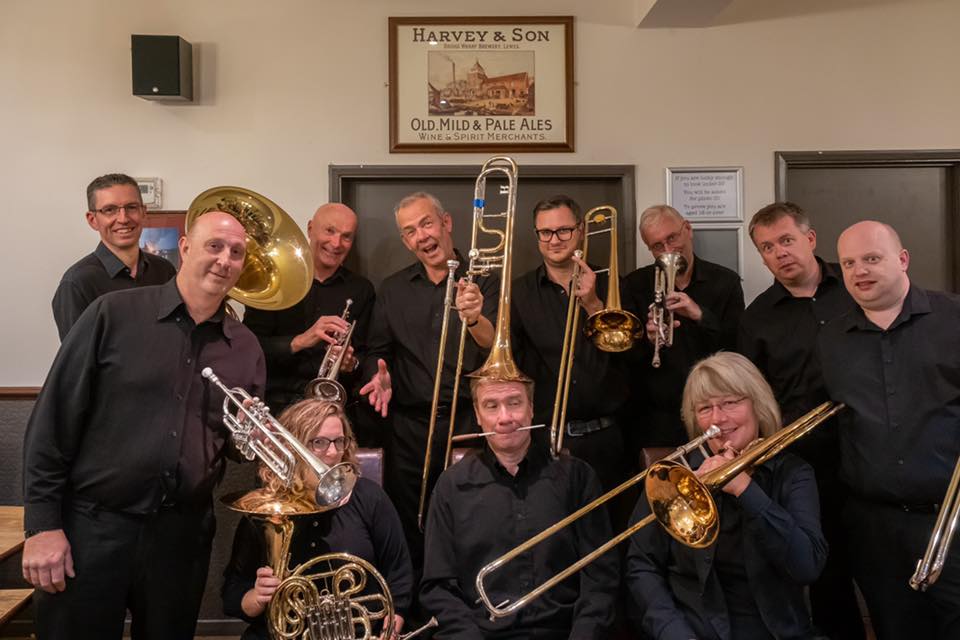 Harveys Brass is a Symphonic Brass Ensemble playing a variety of music from baroque to modern day, classical, big band and music from shows.

The group is made up of former professional and semi-professional musicians who play to a high standard. The line-up is 4 trumpets, 4 trombones,1 tuba and 1 French horn plus a musical director. Depending on the programme a percussionist may be added.

The group, which is locally based, was founded in 2003 to give the opportunity for brass players to perform in a different group format from the usual combinations and to tackle some challenging brass arrangements. In addition to concert performances they can be found playing for shows in theatres, with big bands and orchestras and also for choral societies.

The Musical director is the locally based and highly respected musician & trombonist Phil Laybourn. 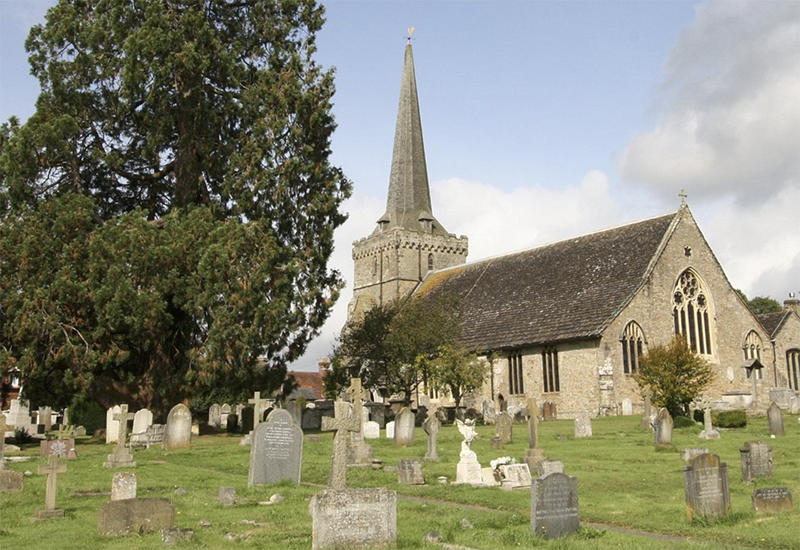 Holy Trinity Church joins in the celebrations of Cuckfield Music Festival with a programme of events during the day. 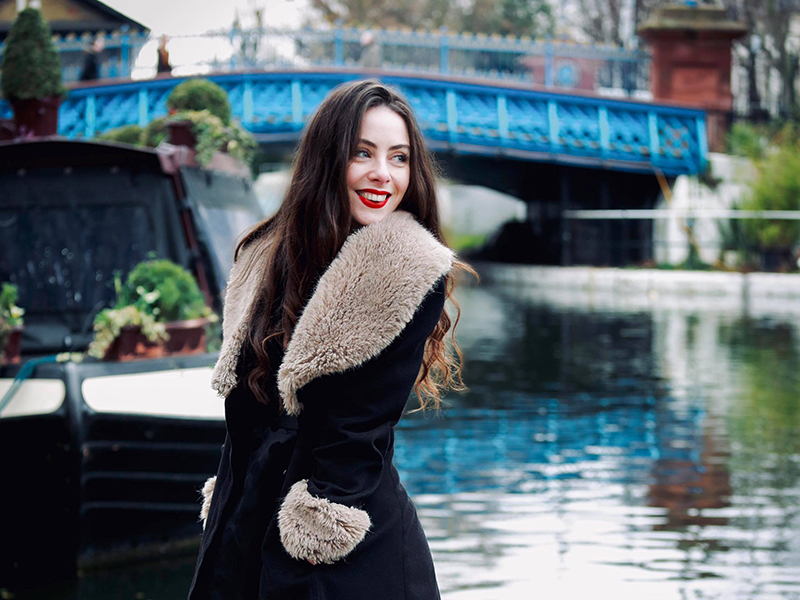 Soprano Rebecca Milford is studying her Masters at the internationally renowned Guildhall School of Music under the tutelage of John Evans, generously supported by the Sheila White Scholarship, and is a recent graduate of their BMusHons Vocal Studies Degree (First Class Honours). She is also the recipient of the Anne Wyburd Prize for German Lied. Rebecca’s international performances already include the Barbican, Royal Festival Hall, Notre Dame, The Coliseum, and Glyndebourne Opera House. Operatic highlights include the roles L’Enfant/Soprano in Paris a nous Deux by Françaix at St James’s Piccadilly and Chorus in Eugene Onegin at West Green House Opera. Oratorios include Vivaldi’s Gloria with Tonbridge Philharmonic. Her curiosity and passion for all music has seen her performing as a vocal soloist with renowned bassist Herbie Flowers, in the Avenues Gala Charity Concert alongside cast members of the West End production of Hamilton and as a soloist for the Classic Fm Christmas online performances of Rutter’s Star Carol and Mary’s Lullaby and In The Bleak Midwinter (arr. Ross) in 2019.

Rebecca will be joined by Hannah Teasdale on viola and piano accompaniment will be by Thomas Eeckhout who is also from Guildhall. She is delighted to be returning to her home of Cuckfield as the Youth Ambassador for the Cuckfield Music Festival, aiming to bring wonderful music from the very best of up and coming talents to the event.

Toril Azzalini-Machecler studies at the Royal College of Music and in 2018 and 2020 he reached the Percussion Finals of BBC Young Musician. He was Sussex Young Musician of the Year 2020, and category winner in the Medici International Competition. As well as being selected as an artist for the 2021 World Percussion Group, Toril has played marimba in the pit at Glyndebourne, shared the stage with Dame Evelyn Glennie and regularly plays with Chineke! Orchestra. Toril also composes, winning the Junior RCM Joan Weller competition and has been highly commended multiple times in the BBC Proms composition competition.

Isaac Harari also studies percussion at the Royal College of Music . He was a Southern California Marimba International Artists’ Competition semi-finalist in 2021, a BBC Young Musician 2020 category finalist, and two-time regional finalist in the Yamaha Futurebeat competition, as well as being selected for the World Percussion Group’s artist roster in 2021. Isaac recently performed at the Albert Hall with the Royal Philharmonic Orchestra and in the venue’s Elgar Room as a soloist, and at the 606 Jazz Club in Chelsea. His musical tastes are wide ranging and he composes and plays classical and jazz piano and as a drummer he performs jazz and contemporary fusion. 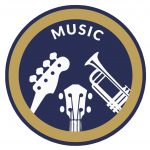 As music lovers we know how important it is to support and encourage musical education in schools and can be especially proud that two of our local secondary schools will be taking part in the Festival this year.

We are looking forward to welcoming talented students from Warden Park Secondary Academy and Oathall Community College for an evening of fantastic music, featuring young singers, talented instrumental soloists and ensembles. We hope you will be able to join us as we support these students at the start of their musical journeys. 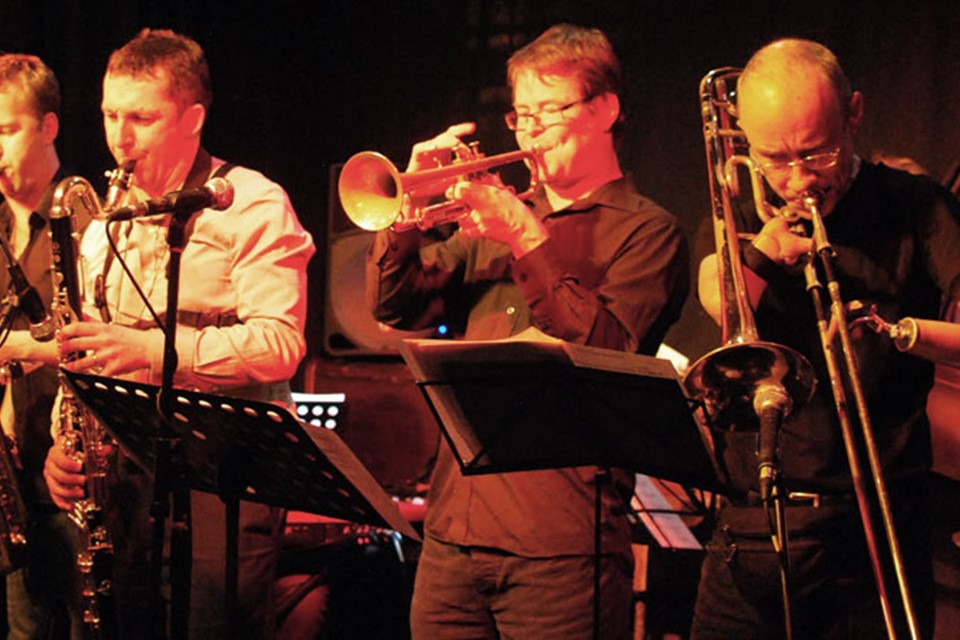 The Mingus Underground Octet make their debut at the Cuckfield Festival featuring renowned Danish jazz vocalist Imogen Ryall. As well as vocal numbers from the Mingus songbook the Octet will also perform a selection of well and lesser known instrumental pieces by and associated with Charles Mingus including some from the seminal 1959 “Ah Um” album and will feature some of the finest improvising musicians on the scene today.

Vocals are provided by Imogen Ryall. Described as possessing “a very lovely voice indeed” by Jazz FM’s Sarah Ward, Imogen’s skillful improvising and her unique and heartfelt interpretations of the jazz standard repertoire have made her a popular performer with both audiences and musicians alike.

Singer and Radio 2 broadcaster, Clare Teal chose the Cloggz CD as her album of the year in an interview in The Independent on Sunday: “…..great song writing too. A Rain of Stars (by Edwards and Ryall) is a stand-out song“.

She performed at the South Coast Jazz Festival in 2016, curated by Julian Nicholas & Claire Martin,  with the Jack Kendon Quintet which included a song specially commissioned by S E Arts and co-written with Kendon. 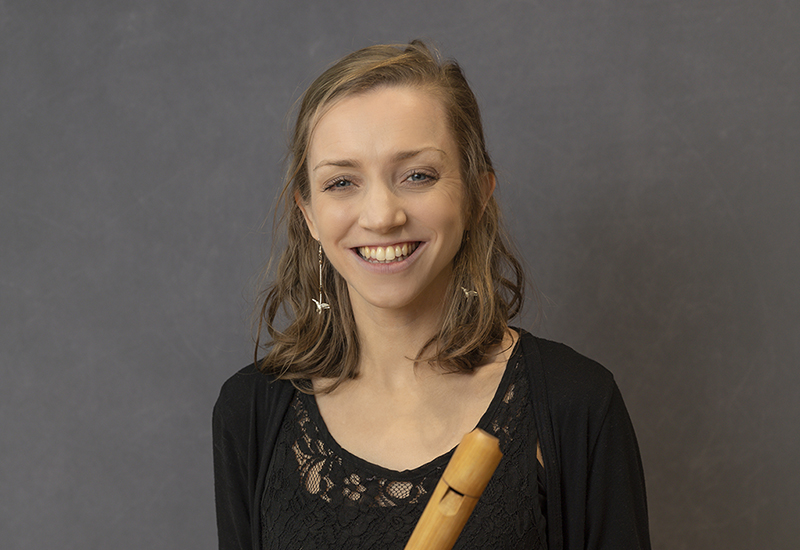 Michelle studied Recorders at the Royal Birmingham Conservatoire, graduating in 2010 with a First Class Honours degree. She has developed an active performing career, playing in numerous ensembles and bands, and performing regularly around the UK. She has played at the Bridgewater Hall, Cadogan Hall, Kings Place, St Martin in the Fields and Egypt’s Bibliotheca Alexandria.
Through a varied programme stretching from the Middle Ages to the present day, she will take us on a musical journey from Utrecht’s 16th Century Pleasure Gardens to contemporary Japan with shakuhachi-inspired meditations, via Germany for movements of J.S. Bach’s incredible Violin Partita BWV 1004.

Michelle is a keen advocate for the instrument and conducts both youth and adult recorder orchestras in the Royal Albert Hall and on tours across Italy and the Czech Republic.

Michelle has a passion for music education and music in the community which is another reason for giving her a warm welcome to Cuckfield Music Festival. 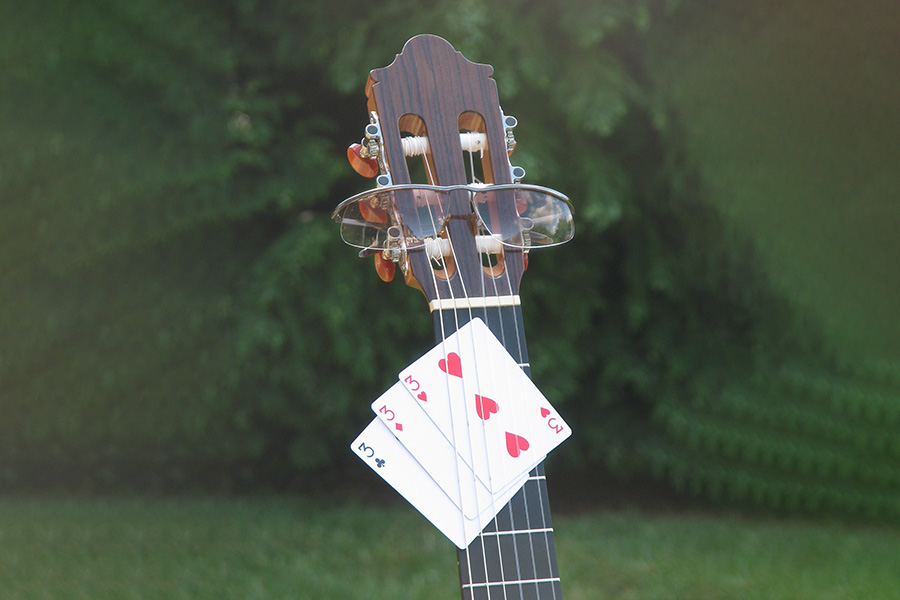 This is a new venture for this year’s festival. We are seeking new local talent to showcase their musical skills in an informal way, to a fresh audience. We are very grateful to The Talbot for allowing us to use The Hayloft.

We hope to have an informal run-through and/or auditions in April.

An established trio named ‘Packet of Three’ will also be performing throughout the evening, their repertoire ranges from Simon and Garfunkel, Lindisfarne and Folk music to Eric Clapton.

*Regrettably no drums due to licensing rules. 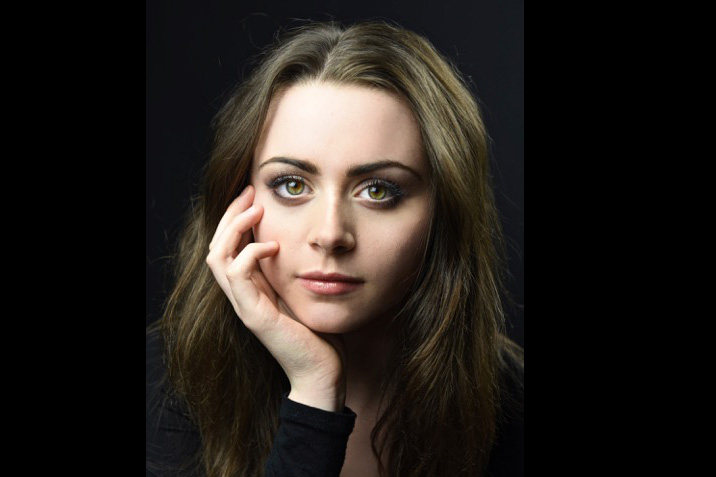 Jane is the Coro Nuovo Sussex Young Musician of the Year 2021. Having recently graduated with a First Class BA(Hons) at Leeds Conservatoire, she is now studying for an MMus at the Royal  Northern College of Music. Her operatic roles include Pamina (Magic Flute) with Leeds Youth Opera; scenes from Don Giovanni as Zerlina in Italy with Melofonetica; La Novizia (Suor Angelica) with Random Opera Company; Adele (Die Fledermaus) with LCSU Opera Society; Belinda/Second Woman (Dido and Aeneas) with LUUMS Opera Society; and Mabel (cover) in Pirates of Penzance with Rocket Opera.

Jane is also a regular song recitalist and well-known to Cuckfield audiences. 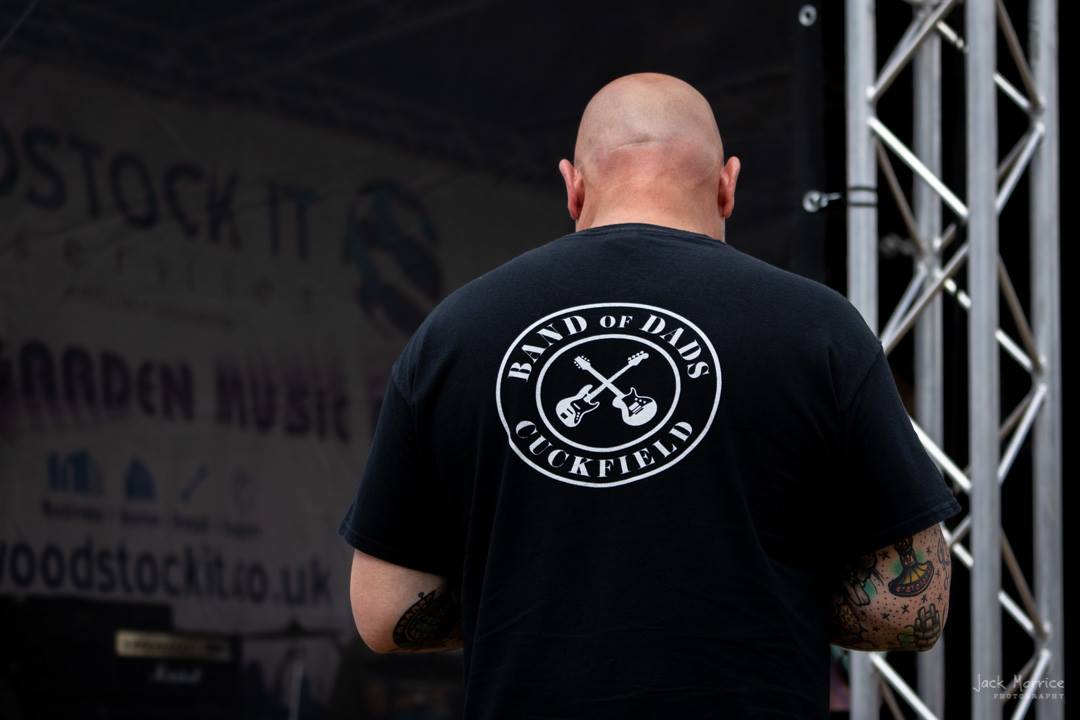 The Band of Dads need little introduction since they are well known around Mid-Sussex. Our venue is the new Ansty Village Centre which will provide the backdrop for this highly enjoyable, musical evening. So whether you are a hardened BOD fan or new to them, come along for a fiver well spent! 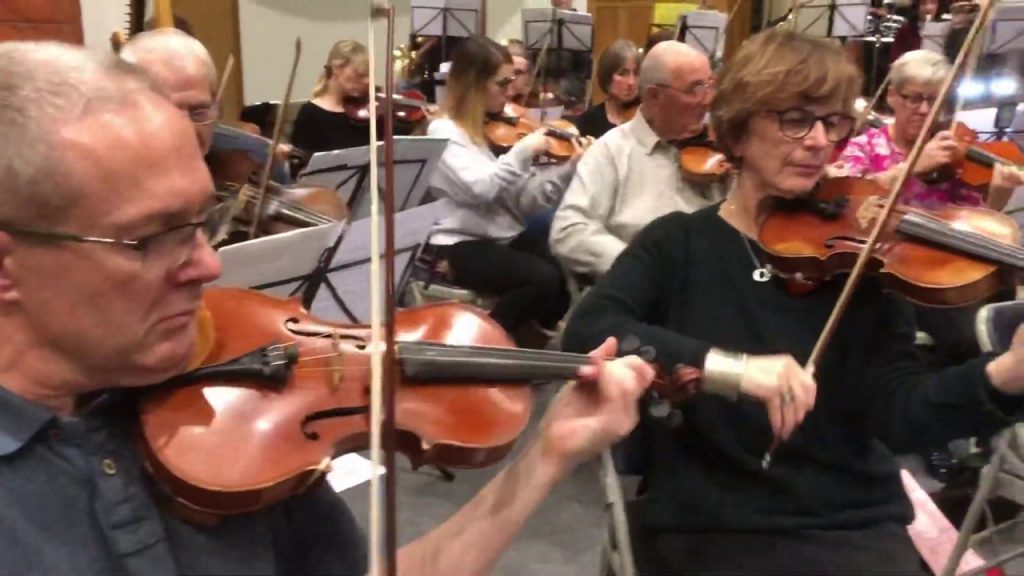 13 year old Aglaia will be performing Saint-Saens Cello Concerto No 1 (as soloist) with the Burgess Hill Symphony Orchestra under the baton of charismatic conductor Mike Woods on Saturday 18th June at the Festival.

Aglaia is the elder daughter of Pavlos Carvalho and Sarah Carvalho-Dubost, both outstanding musicians and cellists themselves. She started playing cello at the age of 3, won her first competitive music festival award a year later, achieved Grade 8 at the age of 9 and her Trinity Diploma when she was 13.

She has performed in numerous concerts in venues including St John’s, Smith Square London and we are thrilled to be welcoming her to the Festival. Burgess Hill Symphony Orchestra has been delighting Mid-Sussex audiences since 1979. 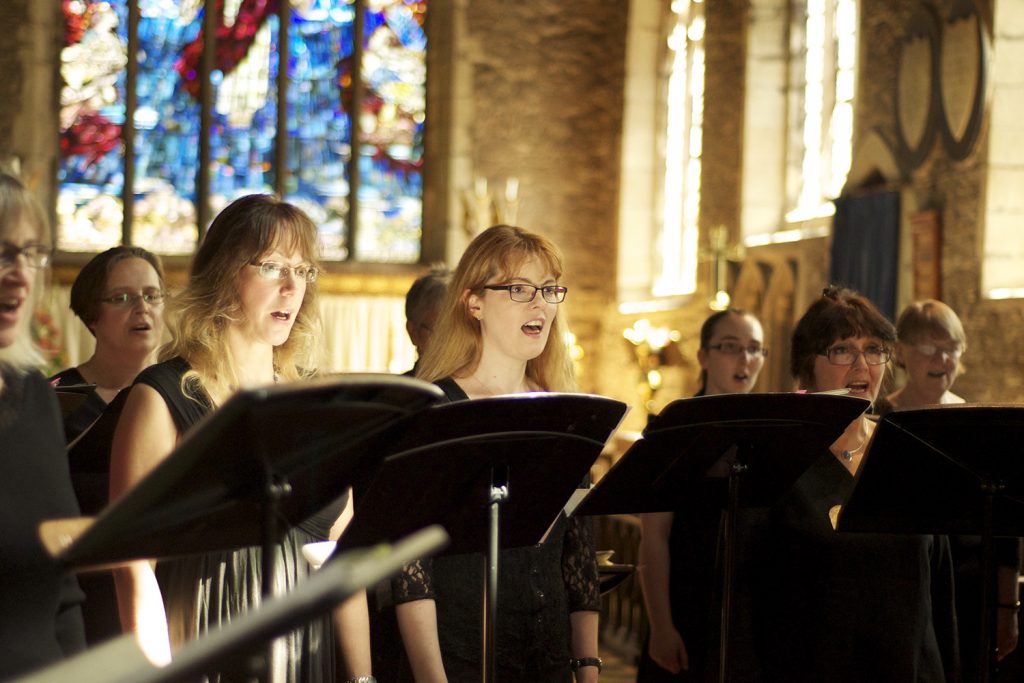 Kingfisher Chorale, founded in 1992, is a chamber choir of national repute. After success in the BBC Choir of the Year competition, the choir has performed all over the country and release a number of CDs, including the world premiere of Malcolm Arnold’s John Clare Cantata and “Follow That Star.”

Kingfisher Chorale continues to receive critical acclaim for its performances. Its wide repertoire covers works from the mediaeval period to new commissions and world premieres and includes mainstream full-scale oratorios, the most recent of which was Bach’s St John Passion.

Musical Director Giles Turner brings a wealth of national and international experience, gaining a reputation as a champion and interpreter of contemporary music, overseeing a number of notable and critically acclaimed commissions and world premieres.