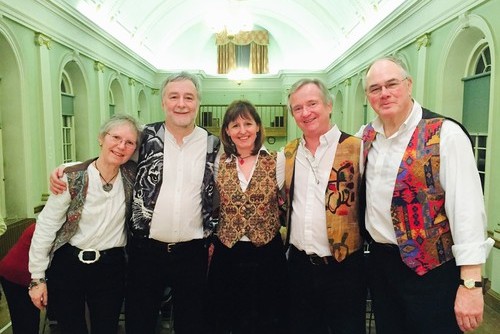 In the eight or so years since they got together as a group Alex Sandford, Russ Brathwaite, Phil Purdie, Bonnie Flitney and David Spear have performed all over Sussex into Kent and Surrey and even in the big smoke, where a cappella groups don’t always venture, taking part, for example, in the South Bank Festival. They sing popular songs with real tunes from the last sixty years. They revel in performing their own arrangements of some timeless classics, and if the audience joins in, so much the better. They’ll be in the Talbot’s Hayloft on 17 June – see you there!